The Charles R. Wood Foundation has generously awarded a $150,000 grant to SPAC that will underwrite the cost of replacing SPAC’s aging gazebo stage with a larger, updated version. The new gazebo will be named in honor of Mr. Wood, a strong supporter of the arts and a member of SPAC’s board in the 1990s. The present stage, which was built in 1981, has become increasingly insufficient for the needs of today’s artists. The new structure will feature 25 x 21 feet of usable performance space; an increase in square footage of 133 percent. Construction of the new gazebo will be completed in time for the Freihofer’s Saratoga Jazz Festival, June 24 – 25.

I’m sure we will never forget the old gazebo! 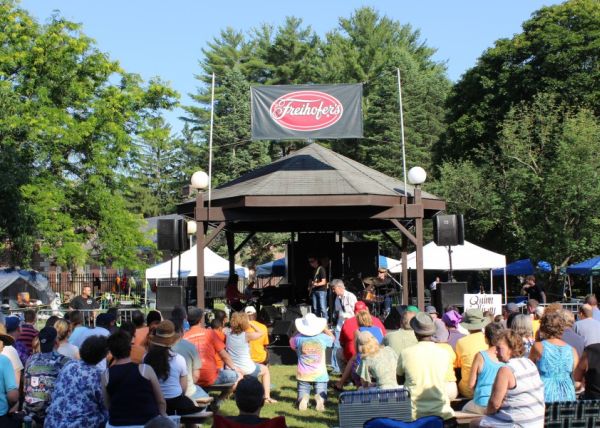 1 reply on “A New Gazebo for Jazz Festival!”

They should have auctioned off the old Gazebo. Be nice in my backyard.